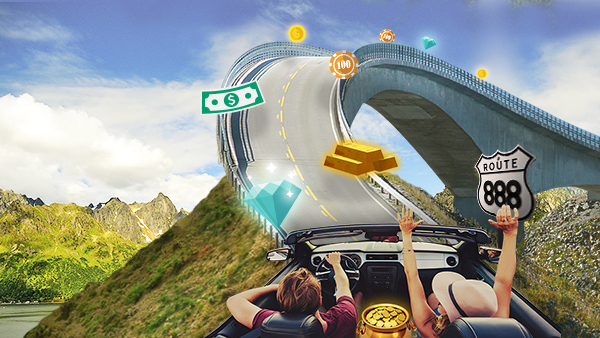 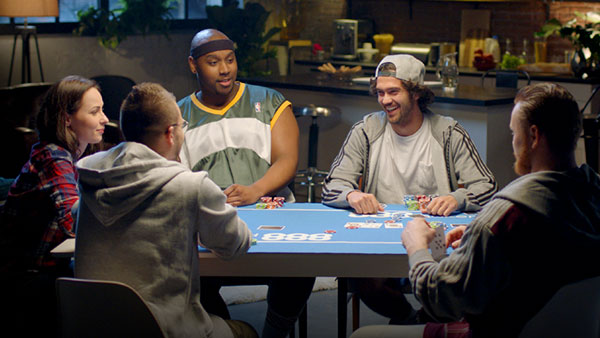 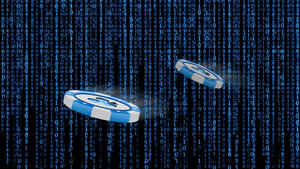 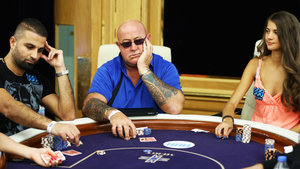 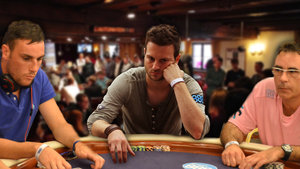 Nowadays, poker is one of the most popular card games in the US, but back in the 1940s, it was bridge. At the time, the Association of American Card Manufacturers (AACM) revealed that bridge was played by 30% of men and 47% of women. But what exactly is bridge? You've probably heard about bridge, perhaps even watched as your grandparents played this game. 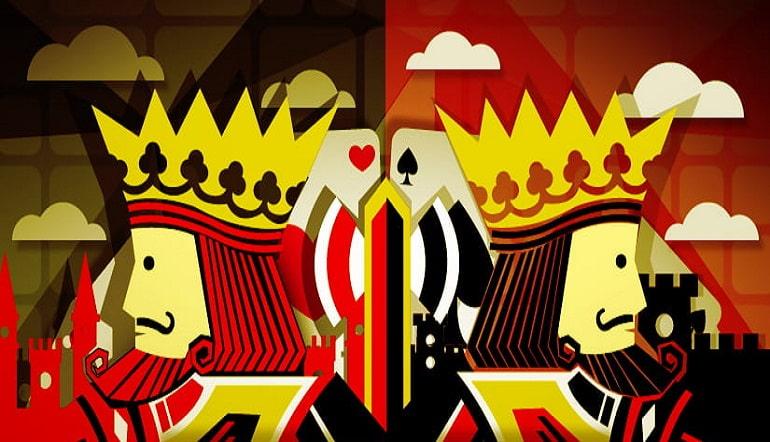 Nowadays, poker is one of the most popular card games in the US, but back in the 1940s, it was bridge. At the time, the Association of American Card Manufacturers (AACM) revealed that bridge was played by 30% of men and 47% of women. But what exactly is bridge? You've probably heard about bridge, perhaps even watched as your grandparents played this game.

This expose is going to reveal some tasty tidbits for you to digest. Right off the bat, you should know that bridge is not an easy game to play. In fact, there is probably no other card game more difficult than bridge to master. Bridge is a direct derivation of another card game known as Whist. In many bridge games, only 4 people compete, but this rule is not ironclad.

Two sets of players pair up, seated opposite one another, while opponents are seated left and right of them. Pretty straightforward so far, right? Now, each player at the table is dealt 13 cards. Since there are only 52 cards in a deck, all cards are used, but multiple decks can be used too. The cards are dealt one at a time, in a clockwise fashion around the table. Now the real fun begins!

WHAT'S THE PURPOSE OF BRIDGE?

The objective of the game is simply to win ‘tricks’. One of the four suits in bridge – hearts, clubs, spades, diamonds – can also be designated as a trump suit, indicating that it assumes the value of any card of the other suits. Bridge is about bidding.

It sounds easy enough, but it's really challenging. Since there are 2 pairs of players (partners are determined by drawing cards from a deck) competing against one another in a game of bridge, the bidding process is about who ends up getting the ‘contract’.

The partners share all relevant information with one another, such as their hands. The precise bidding system that is used in each game of bridge may well vary – there are lots of different bridge systems. Contract Bridge is one of the popular variants of the game. Suit ranking in descending order includes spades, hearts, diamonds, and clubs. Rankings with cards begin at Ace, and go down in value to 2.

The player left of the dealer shuffles the cards. The dealer transfers the deck to the right where the opponent cuts them into 2 halves, each containing at least 4 cards. The dealer will then complete the cut. In Contract Bridge, the rotation moves from player to player to the left.

Cards are dealt facedown to each player in turn, until every player at the table has 13 cards. With the deal done, the auction process begins. The rules of bridge are complex and require in-depth reading for a complete understanding.

Remember that the objective is to win tricks, each of which consists of 4 cards, played from one hand from each of the 4 players at the table. You win tricks with the high score of the suit, or with the highest trump card.

Since there are two pairs of teams, one of the players from each team will collect all the tricks won by the partners and separate them to differentiate the tricks. In a typical game of bridge, the maximum number of tricks that you can win is 13. When you bid, the contract will determine how many tricks the winning bidders must win on the hand.

WHAT'S THE PURPOSE OF POKER?

All the bridge talk is enough to boggle the mind. But before you get too comfortable, let's take a moment to reflect on the purpose of poker. Poker is a betting game and the objective of poker is to bet to win money. As the world's premier card game, along with blackjack, poker presents players with many challenges.

This strategy-based card game relies on a player's ability to read other players, employ sophisticated tactics and strategies, bluff where necessary, and manage a bankroll to perfection. In poker, you are dealing with unknowns. It's player vs player in a battle for victory.

Poker is not about teaming up with fellow players in pursuit of a pot – it's every man for himself in the ultimate war of attrition on the felt. Players are dealt 2 cards apiece, and a set of community cards are dealt into the center of the table for all players to use.

These include the Flop (the first 3 cards), followed by The Turn (the fourth community card), and The River (the fifth and final community card). During each successive deal, betting rounds take place. Players can call, fold, and raise accordingly. The goal is to get other players to fold, or lose to your hand. In so doing, you inch closer to the pot, and the spoils of victory.

There are lots of tricks in poker, but none of them resemble the tricks of bridge in any way. In poker you can place continuation bets, limp into pots, bluff your way to victory, and Hold’em or Fold’em. Remember to always bet sensibly in poker; it pays to make intelligent plays in this card game.

HOW TO WIN TRICKS IN BRIDGE?

• If possible, you must always play the same suit as the lead

• If you don't have a trump card in a trick, the highest card of the suit that led will win

• If there is a trump card in a trick, the trick is won by the highest trump card played

• After each trick has been played, one player from the team that won the trick will collect the cards and neatly arrange them to make trick counting easy. This process continues for the remaining tricks.

Size matters, right? It does if you are considering the differences between bridge and poker. In bridge, cards are narrower. The reason for this is that you are required to hold cards for longer periods of time in bridge than you are in poker.

Nowadays, decks of cards for bridge are typically available as plastic cards, and it's best to maintain these at a comfortable temperature to avoid warping, fraying, or damage to the cards.

It's always best to use plastic cards for both bridge and poker, since these cards have greater durability and can be cleaned pretty easily after each use. It also means you don't need to replace them frequently.

During your research into the differences between bridge and poker, you may have come across the following term on a search engine: ‘Bridge Size vs Poker Size’. This is simply another way to present information regarding the size of bridge cards compared to the size of poker cards.

As mentioned earlier, the standard length of a bridge playing card is 3.5 inches, and the same is true for poker cards. The difference comes in the width of the cards – 0.25 inches separates bridge and poker cards.

Bridge cards are intentionally designed to be narrower than poker cards, and this is true at some 95% of poker rooms across the US. In general terms, card games dealing from a shoe feature wider cards than card games dealt from a hand. That's the 411 on bridge size versus poker size.

Now that you have been introduced to the basics of bridge and poker, you may wish to do additional reading on the rules of bridge to familiarize yourself with this complex strategy-based card game.

Poker too is filled with its fair share of nuanced gameplay, tactics and strategies, and it's always a good idea to learn poker rules, understand poker psychology, and manage your stash of cash more effectively. 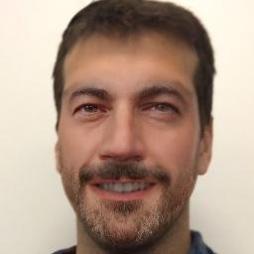 Related Content
How Can a Small Stack Player Win Big?

How To Play Irish Poker

How to Play Strip Poker

Poker Buy-In: Everything You Need to Know

The Poker Buy-In: Everything You Need to Know 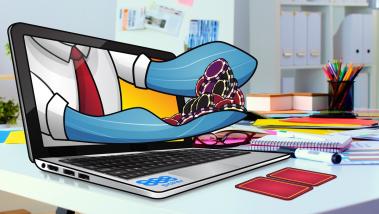 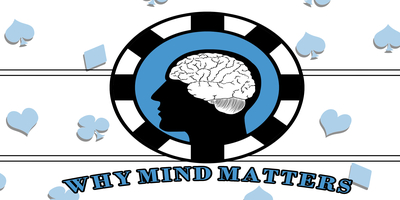 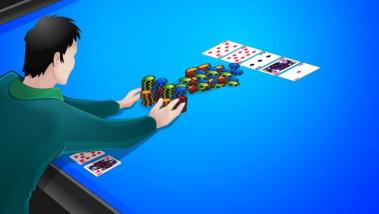 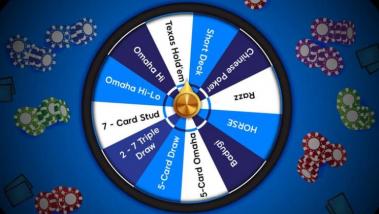 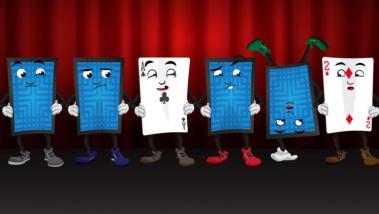 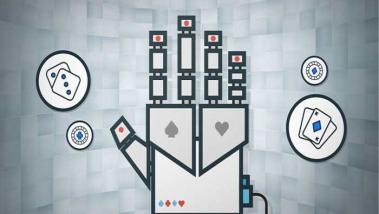 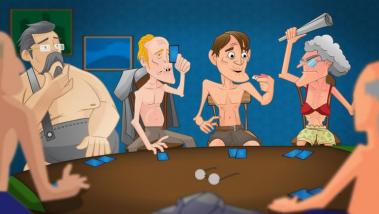