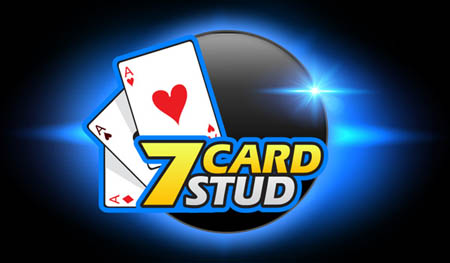 Seven Card Stud ruled the roost before Omaha and Hold’em were popularized. Widely considered by many to be the purest poker variant of them all, Seven Card Stud has a rich and decorated history with poker players. For starters, players will be required to pay close attention in this game much like they do in games of Gin or Bridge. Once you have mastered the art of Seven Card Stud, you will be positioned to take down many more monster pots in this community-style card game. Get comfortable with 888poker as we take you on a whirlwind tour with the fascinating game of Seven Card Stud.

Mastery of Seven Card Stud takes tremendous time and effort. This game requires each player to be dealt 7 cards during the hand. But here’s the clincher: only the best 5-card hand is used to determine the winner of Seven Card Stud Poker games. This game differs from other popular variants in Omaha Hi-Lo and Texas Hold’em Poker in that it is played with a limit structure. The bets are fixed – say $4/$8, and they increase in set increments during the first 2 betting rounds at the lower limit of $4, and in increments of $8 during the next 3 rounds of betting. Now that you know a little bit more about Seven Card Stud, let’s give you a little history and some fascinating insights into this great poker game!

Seven Card Stud is arguably the world’s oldest poker game. While it’s simple to learn, it is difficult to master. Let’s rewind a little, and find out how this game became a power player in the poker arena. To be fair, the precise origin of Seven Card Stud is shrouded in mystery. Some folks believe that it stems from a French game named Poque, from the German word Pochen. It’s interesting that the German game is a derivative of the Persian game known as Nas which is played with a 5-suited deck of cards. The bluffing component of Seven Card Stud is yet another mystery. The New England card game – Brag – is credited with the bluffing element, yet that game was played with just 3 cards.

Fast forward to 1829. The jazz capital of the world New Orleans introduced the first historically recorded poker game. This game featured a 20-card deck with each card being valued at 10+. While the game was unnamed, the objective was clear: place wagers on which player was holding the highest hand. Soon, the iconic riverboats of Mississippi changed this game and added an additional 32 cards, to make a 52-card deck. Why did they do it? To make it more difficult for players to successfully bet on who was holding the highest hand.

Everything in America from that time always boils down to the Wild, Wild West. We have the cowboys to thank for 5-card stud – the first variant of which was draw poker. By the 20th century, Seven Card Stud was born and it remained the undisputed king of poker games until the early 1980s when Texas Hold’em debuted.

There are many big wins in the game of Seven Card Stud. One of the greatest comeback stories in modern times is that of Tom Koral, at World Series of Poker (WSOP). After competing for 13 years, he finally won first place to win Event #55, $1,500 Seven Card Stud tournament and a payout of $96,907. For Tom, it was lucky number 13, a poker bracelet, and almost $100,000 more in the bank!

Rules of the Game

Seven Card Stud is unique in the way it is played. Before a round of play begins, all players must pay a mandatory bet known as the ante. This is the cost of playing the hand. Once the ante bets have been placed, Third Street begins. At this point, players will be dealt 3 cards each – 1 of them will be face up and the other 2 will be facedown. The poker player with the lowest ranking card is known as the bring in. This player will start the round of play by making an additional bet, or a full bet equal to the lower increment of the limit game. If the game is $2/$4, that player may place a wager equal to $2. The betting continues in a clockwise fashion around the table until all players in the hand have completed the round.

Fourth Street now begins. During this round of play, players will be dealt another card face up. During this round of play, the poker player with the highest cards is the first player to act. As a case in point, if a player has a pair of Queens exposed, and no other players have Kings or Aces, the player with the Queens would act first. At this point, that player has the option to bet the lower betting amount in the $2/$4 limit, or simply check. A full round of betting continues, in a clockwise fashion around the table with all players in the hand.

By Seventh Street, a final card is dealt to all players in the game. This time around, the card is a pocket card, and only the player to whom it was dealt knows its value. The player with the highest-value poker hand is first act.

A round of betting follows, and if more than 1 player remains in the hand, the showdown ensues. The showdown is an interesting part of the game in that the last player to bet or raise will reveal his/her cards. If in the final round of play there were no bets, the player in the earliest seat will be required to reveal his/her cards. If there are other hands to reveal, they will be dealt with in a clockwise fashion. The player who has the strongest-value 5-card hand scoops the pot.

This is how you play Seven Card Stud

To get the game started, it’s necessary to pay the mandatory bets known as antes. Unlike the small blind and the big blind in Omaha and Texas Hold’em, antes are required of all players in Seven Card Stud. This makes the pot much fatter, much quicker. And unlike games of Texas Hold’em where the player clockwise from the button acts first, the strength of your hand determines who acts with Seven Card Stud.

How Important Are Your Opponents’ Cards in Seven Card Stud?

It is extremely important to pay close attention to what other players are doing with their cards. If you have a straight draw consisting of 10-Jack-Queen-King, you will want to know where the Aces are and how many nines remain in the deck of cards. It’s important to know what cards players folded, as this will determine what type of hand you can make.

Are There Small Blinds and Big Blinds in Seven Card Stud?

No. They are however mandatory bets that every player in the game is required to make. These are known as ante-bets. The ante will be posted at the start of the game, so all players will know how much needs to be paid. This is done to seed the pot.

How many players typically play a game of Seven Card Stud?

Seven Card Stud poker is played with between 2 and 8 players. Unlike other traditional poker games like Omaha and Texas Hold’em, there are no community cards dealt in this game.

When does the betting increase to the higher limit in Seven Card Stud games?