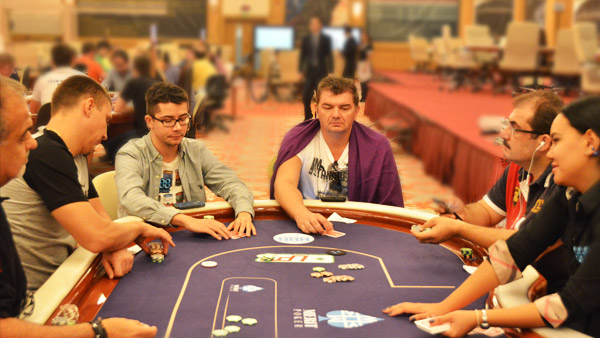 Sit & Go’s, or SNGs, are an exciting form of tournament poker. These poker contests are made up of a set number of players and the action only gets underway once that number has been reached. Sit & Go’s usually feature 2 – 360 players, but the most commonly played SNGs are the Single Table Tournaments (STTs).  These consist of 6-max or 9-max players. SNGs are the equivalent of the highlights of an NFL game – without any of the fouls and drama.

SNGs are also different to MTTs (Multi-Table Tournaments), since there is no late registration in a Sit & Go.  If you don’t register in time, you’ll have to sit out the SNG and wait for the next one. These poker tournaments begin as soon as all the seats at the table have been filled. They continue until a single player scoops up the pot.

There are plenty of SNGs including Turbo SNGs and Super Turbo SNGs.  Plus, there are scores of tournament types available to players in SNGs, including Double or Nothing tourneys, Bounty tourneys, and Knockout tourneys. There is also lots of leeway on the number of players participating in SNGs.

With 6-max Sit & Go’s, it’s usually the ranking 2 players that cash at the table. But if you’re playing a 9-max Sit & Go, it’s the top 3 finishers that end in the money. It's always best to aim for the top spot, because that's where the lion's share of the poker pot is!

Reasons Why You Should Play SNG Tournaments at 888Poker

The Pros of Playing SNGs

The Cons of Playing SNGs

Are SNGs the Right Poker Tournament for You?

As a poker greenhorn, Sit & Go's will introduce you to the basics of poker. These are fantastic tournaments to gain an overall understanding of the game, and the quirky characters in it. Through repetitive actions, you will quickly learn about the strength of starting hands, when to hold, and when to fold. You will gain an understanding of pre-flop poker play, and post-flop poker play – essential components of the game.

Since SNGs play out automatically for the most part, it's much easier for experienced poker professionals to multi-table at these tournaments. The more you play SNGs, the better you become at them, and the bigger your bankroll grows.